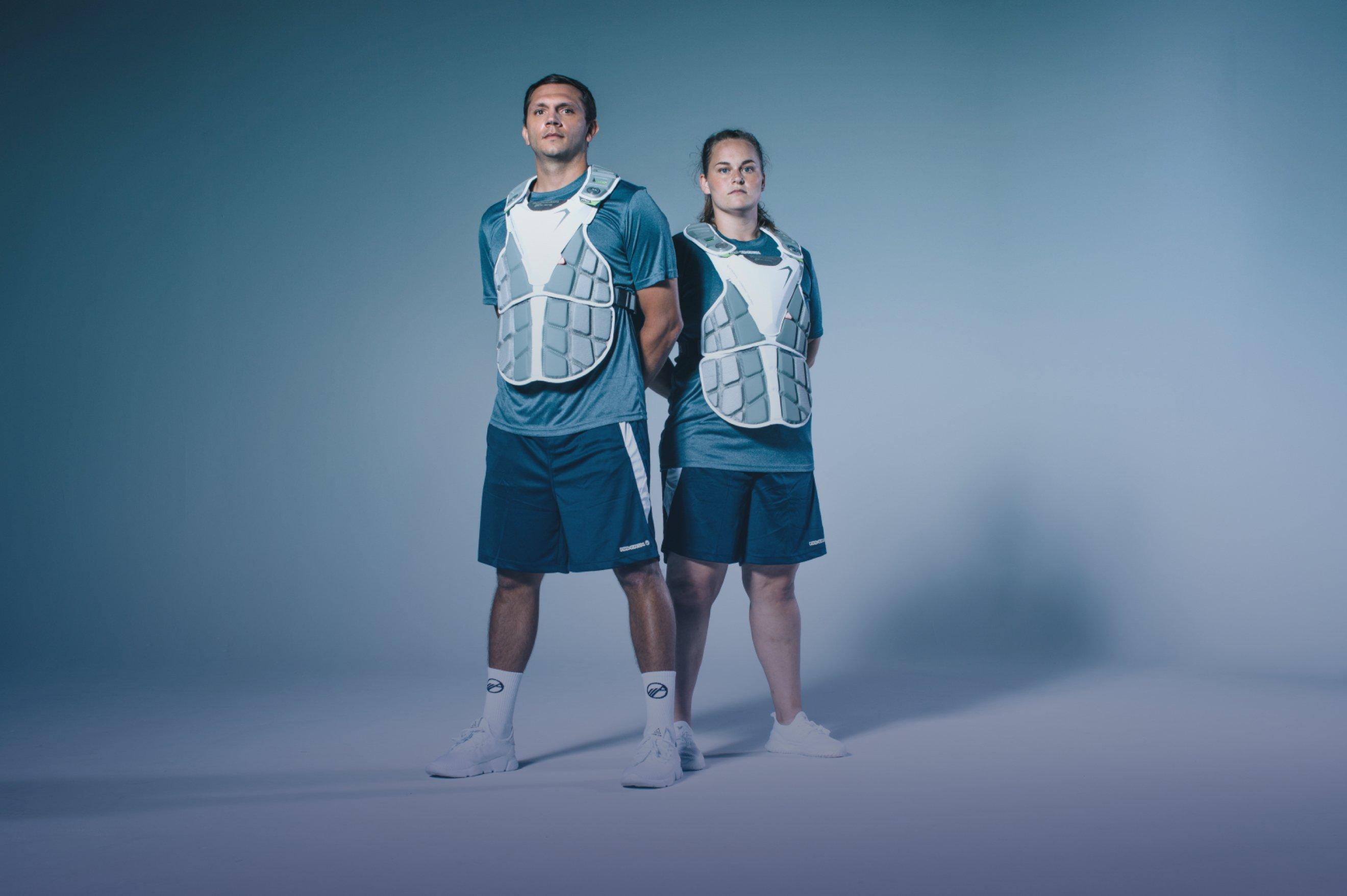 Commotio Cordis is a rare, but serious, medical condition disproportionately affecting male athletes between approximately 10 – 18 years of age, and is caused by low-impact trauma to the chest by a projectile, such as a lacrosse ball, baseball, or a body part like an elbow or head. Within minutes, this seemingly mild trauma can cause sudden cardiac arrest and death.

James Hendrik experienced Commotio Cordis in 2008 at 16 years old after taking a shot to the chest.

Fletcher High School (Neptune Beach, FL) men's lacrosse Coach, Josh Covelli, was the first to reach his 16-year-old goalie James Hendrik, who laid motionless on the field after blocking a shot with this chest during a February 27th, 2008 game.

As an experienced and trained Emergency Medical Technician (EMT), Coach Covelli sprang into immediate action, urgently trying to keep James conscious and stable while the emergency 911 call hit the wire, and paramedics arrived with an Automated External Defibrillator.

“It’s definitely a lot more emotional when it’s somebody you know,” Covelli said. “There’s also this thought in the back of my head that this is a kid. He’s just started his life. There’s a little more riding on it.”

As the paramedics shocked James with the AED, he cardio-converted, restoring his normal heartbeat, followed by his vital signs and breathing on his own. A sigh of relief filled the air as James was then taken to a nearby hospital for further evaluation and rehabilitation.

“I woke up in the hospital that night and my mom and coach were in there with me,” said Hendrick. “They told me I had been hit in the chest by the ball. I knew exactly what it was from the start. Commotio cordis.”

James Hendrick ultimately made a full recovery, and was medically cleared to return to the crease weeks later for Fletcher’s game against Episcopal. However, since the ND200 equipment standard for protecting against Commotio Cortis would not be implemented for another ten years, his return to the field was not without worry.

“I think it was the third shot of the quarter and James blocked it with his chest,” Covelli said. “Then he picked up the ball and cleared it.” As the game continued at the opposite end of the field, Covelli desperately waited for a sign from his goalie that he was ok. About 30 seconds later, James gave his coach a nod. “That was my critical moment.” said Covelli.

“I don’t remember any point during the game when we really relaxed,” said James’ father Jim, who watched alongside James’ mother Lori. “This really makes you appreciate your kids; they can be here one moment and gone the next.”

“That first game back was nerve-wracking, but it’s all turned out well,” said Lori. “He has recovered so quickly. It’s hard to imagine that he’s dead one minute and then he’s back up and around.”

Despite some athletic-related chest trauma occurring without serious injury, Commotio Cordis specifically occurs when the inflicted trauma impacts the area of the athlete’s chest or rib cage over the center of the heart’s left ventricle (the lower-left chamber of the heart) while it is in mid-beat. Since a teenager’s rib cage is more flexible than an adult’s, trauma to this area of the chest can cause the rib cage to touch the heart, triggering ventricular fibrillation (an abnormal heartbeat), which causes blood to stop flowing to the brain. This dynamic leaves male teen athletes particularly vulnerable, and can lead to cardiac arrest in minutes if not treated promptly. In other words, the stars must align for chest impact to provoke Commotio Cordis, but when they do, the result is often fatal.

Commotio Cordis is currently the second leading cause of sudden death in young athletes in the United States, with an estimated 10 – 20 incidents annually, impacting males in 95% of cases. Only an estimated 20% of victims survive the condition, an ominous statistic that is only modestly improved to 35% with prompt administration of Cardiopulmonary Resuscitation (CPR) or defibrillation with an AED, as was used to revive James Hendrik.

The commitment to keeping players safe.

The ND200 standard describes the necessary laboratory equipment and basic requirements needed for testing lacrosse chest-protection equipment to determine if it sufficiently protects against Commotio Cordis.

The Safety Equipment Institute (SEI) — the independent organization responsible for testing the safety of athletic equipment — uses this ND200 standard to test lacrosse chest protectors. Those that pass are believed to provide sufficient protection for reduced risk of Commotio Cordis, and thus receive the SEI Certification mark.

Goalies must have chest protection that meets the NOCSAE ND200 standard and contain the SEI Certified logo by January 1, 2021.

Field players must have shoulder pads that meet the NOCSAE N200 and contain the SEI Certified logo by January 1, 2022.

A comprehensive list of ND200-compliant/SEI-Certified equipment that contains the SEI certification mark can be found on the SEI website.

Whether you’re a goalie facing outside shots, a long pole blocking shots before they reach the net, or a short-stick middie battling for ground balls, wearing Maverik’s revolutionary EKG product line will give you the confidence to perform at your highest level.

Deflects and dispersed impact away from the heart.

Adjustable elastic strap for personalized fit and comfort around the waist. 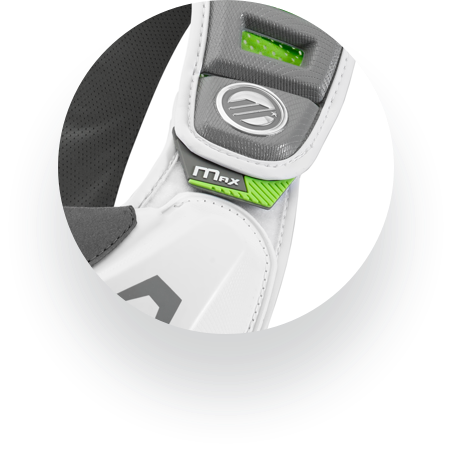 Change the height of the pad for the ideal fit around the shoulders.

HEAR IT FROM THE PROS 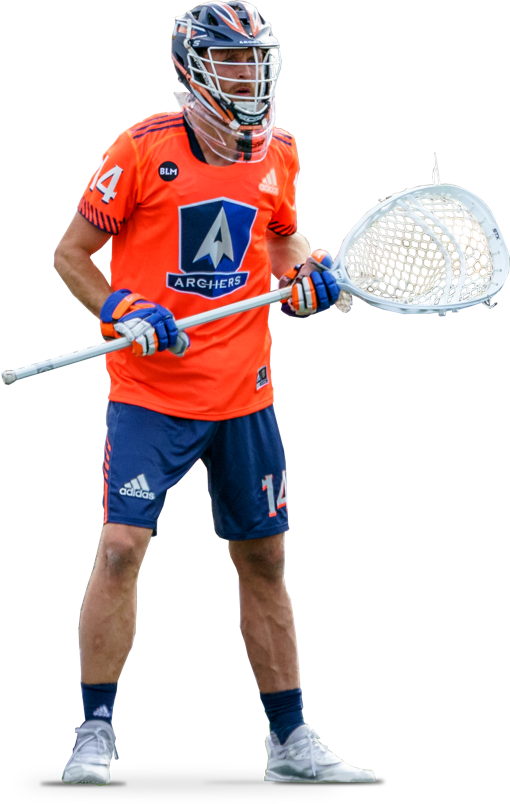 “The EKG chest pad is the most functional chest pad I have worn. Maximum protection in the most important locations while still allowing for the mobility you need as a goalie. The EKG chest pad makes me feel more confident in goal.” 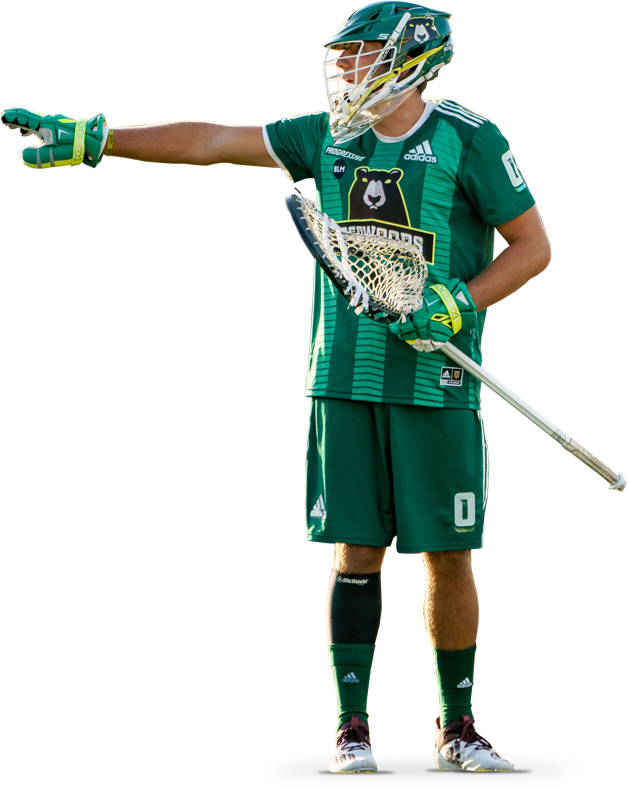 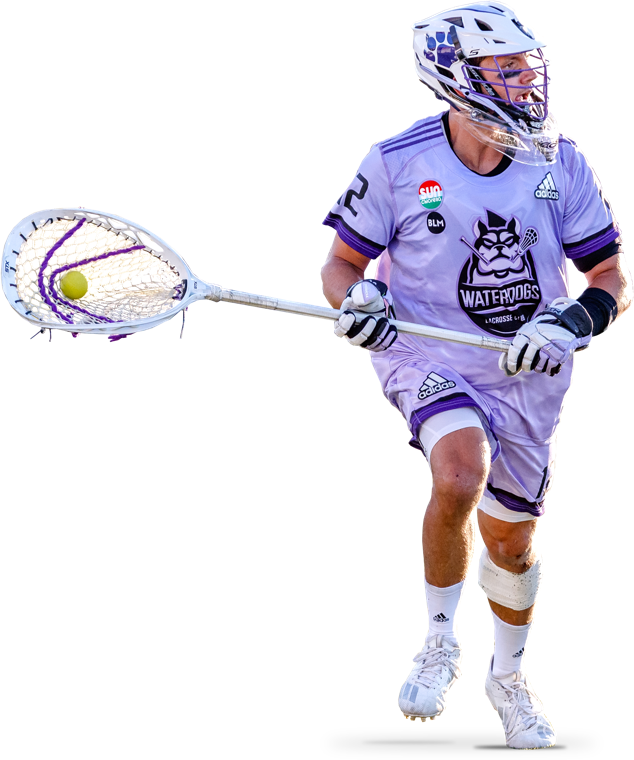 “I loved the EKG plastic triangular heart protector. Safety is very important and I feel the EKG plastic protector absorbed the impact of shots and I did not even feel the ball hit my chest. This is something that is reassuring and you feel confident stepping in front of shots.” 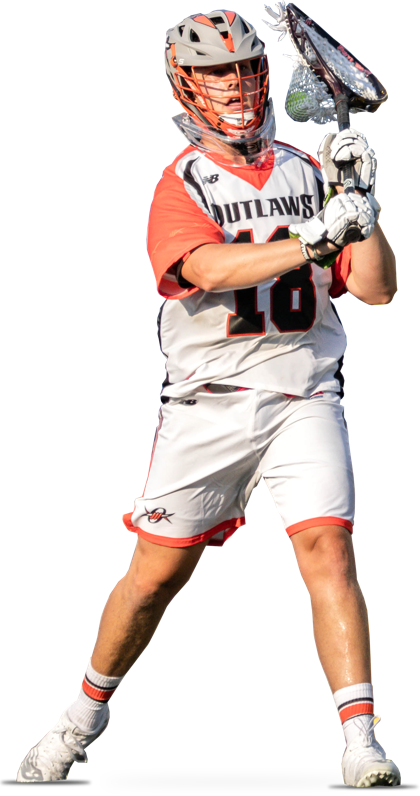 “The EKG was easily the best chest pad that I’ve ever used. The mobility and light weight technology was amazing. It is a fantastic feature to have the EKG pad that emphasizes for better protection around the heart. I think it is a huge step for protecting goalies of all ages”

Some lacrosse programs wasted no time requiring this increased level of chest protection for its players. Penn State men’s head lacrosse coach Jeff Tambroni, ranked seventh among all active Division 1 coaches in career win percentage and one of the sport’s most decorated coaches, required all of his players to wear ND200-certified chest protectors, containing the SEI Certification mark, beginning in 2019.

“This EKG Pad provides the protection and this type of protection is long overdue… So impressed that it this has not compromised flexibility and weight.”

HEAR IT FROM THE PARENTS

As coaches and parents, player safety is paramount. The relief that comes with being able to send children onto the field with significantly less fear of them experiencing a serious injury is immeasurable. You cannot put a price on a human life, but gaining significant peace of mind is as simple as using equipment with the latest safety standards. 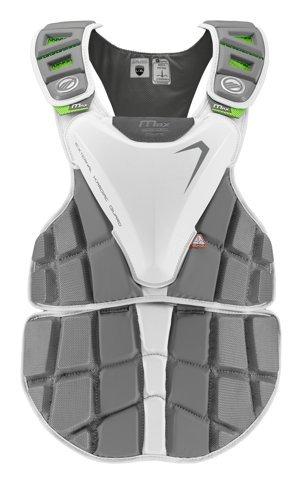 The MX EKG Goalie Chest Pad allows for newcomers and intermediate players to join the game and play with confidence in the toughest position on the field. 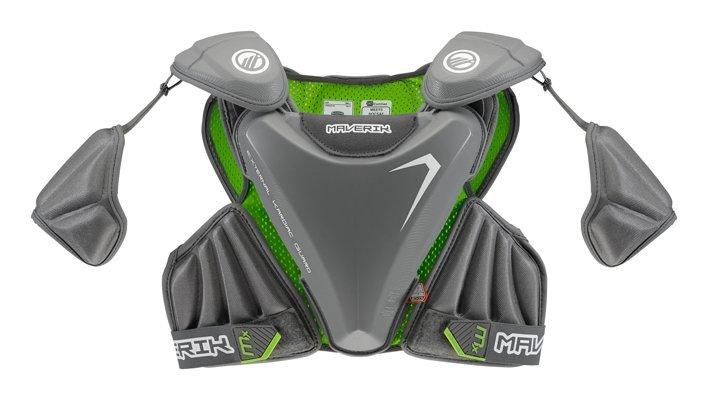 The MX Shoulder Pad is engineered utilizing the same principles of fit and protection that have made Maverik pads the preference of elite athletes. 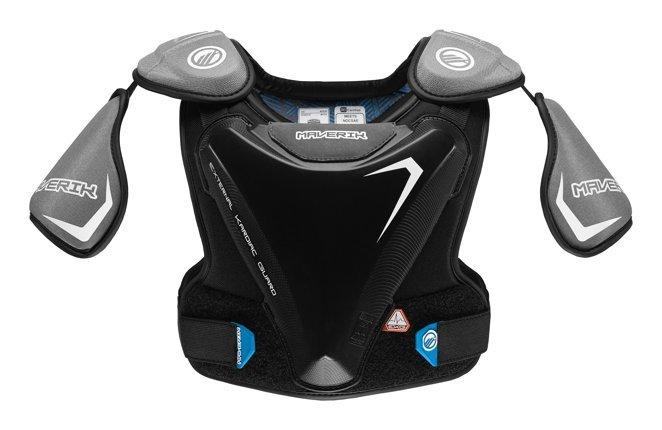 The Charger Shoulder Pads are designed to protect and move with young players, balancing protection, mobility and comfort. 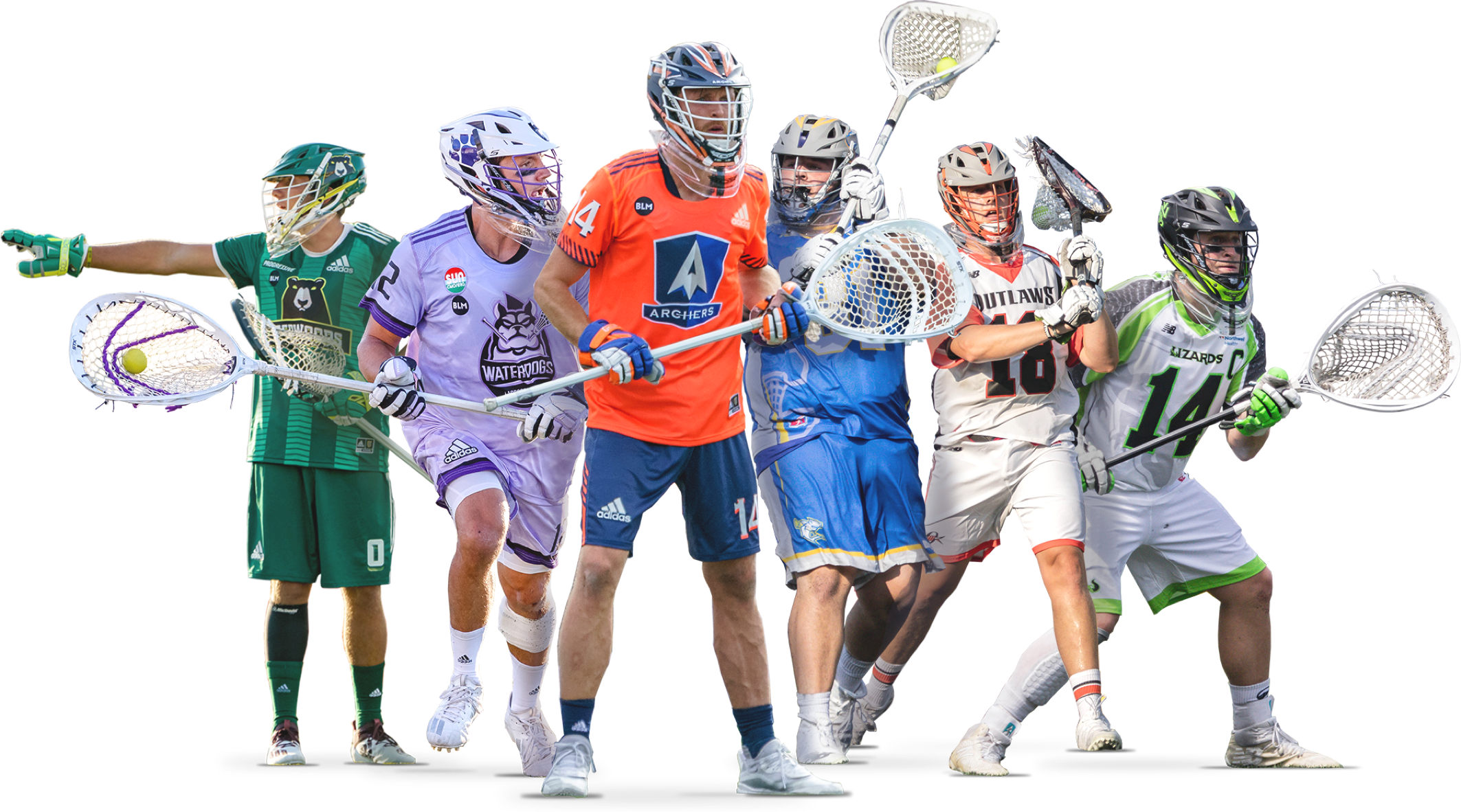